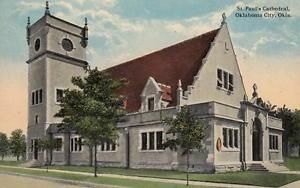 Since 1904, St. Paul's Cathedral has served the community from the same location at the northeast corner of N.W. 7th and Robinson. Providing a spiritual heart to the Cathedral's neighbors in Downtown, Bricktown, Midtown and Uptown Oklahoma City, St. Paul's also serves as the Cathedral for the Diocese of Oklahoma.

There are 1100 parishioners at St. Paul's, some of whom drive long distances to attend one of three Sunday morning services. The Cathedral also offers a Holy Communion service at noon on Wednesdays attracting Episcopalians and others who work in the Downtown area.

A History of the Cathedral

The Cathedral’s history is one of enjoying booms, surviving busts and God always being faithful.

Since 1982 the Cathedral has expanded its campus, increased regular Sunday attendance and established an endowment. The Cathedral provides space for 12-Step meetings, community music programs and serves as a location for the opening ceremony of the annual Martin Luther King, Jr. parade.

The bombing of the Alfred P. Murrah Federal Building on April 19, 1995, had a profound effect on the Cathedral as it was heavily damaged that day. Despite the tragedy of lost lives and property, St. Paul's stepped up immediately and became a triage site for rescue workers as well as providing a spiritual sanctuary for all seeking comfort and peace during that dark time.

In the early 1990's, the Cathedral purchased an adjacent junkyard and converted the lot into a child-friendly garden. As a reminder of the effect of the bombing on our community, the children of St. Paul's planted a Weeping Willow in the Cathedral Garden in memory of the children who were killed in the Murrah Building.

Eventually, St. Paul's purchased an old auto body shop adjacent to the Garden and built the Dean Back Administrative Building. A million dollar Garden renovation and Columbarium construction project was completed in the spring of 2011.

As it is, St. Paul’s abides as a sacred place on Earth and as a gateway to Heaven. 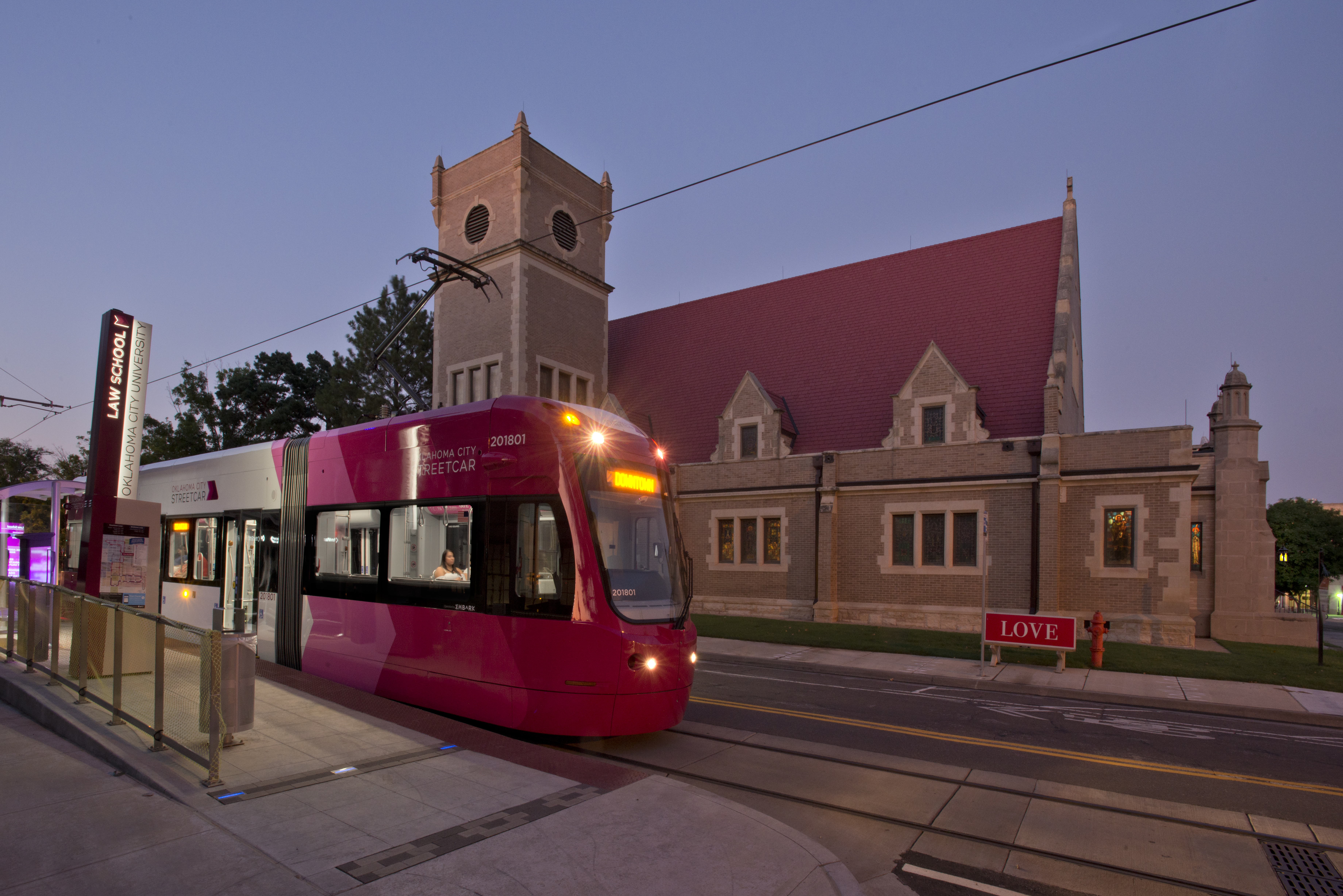 As part of the restoration of St. Paul's in the aftermath of the bombing of the Murrah Building in April, 1995, the Cathedral was able to acquire additional property to the east of Dean Willey Hall. The Cathedral saw fit to create a outdoor still point fit for meditation, and absorbing joy in the quiet beauty of the natural world. The cloister holds within it a garden, a Labyrint…

Located in an alcove to the left of the chancel at St. Paul's Cathedral is the Oakerhater Chapel.

Dedicated Saturday, January 17, 2004, the Oakerhater Chapel is devoted to David Pendleton Oakerhater, a valiant Cheyenne warrior who later became an Episcopal deacon serving Indian Territory and later Oklahoma, from 1881-1931. Deacon Oakerhater was also a prisoner of war in the era …

When the Murrah Building was bombed in April, 1995, St. Paul's Cathedral was heavily damaged which included the total loss of the Cathedral's pipe organ. Recognizing the significance of the music program as a vital part of the church, St. Paul's leadership determined to replace the damaged pipe organ…

The St. Nicholas Chapel, located in the Education Building, is used for St. Paul's mid-week Holy Communion, and the occasional small funeral or baptism. A lovely and quiet space, the Chapel features the stunning "Creation Window," six magnificent windows positioned in two triptychs. These modern stained-glass windows bring dazzling color and light to the wonder of God's gift of c…

One of St. Paul's outreach programs is the Oakerhater Guild. This ministry continues the work begun by the Reverend David Pendelton Oakerhater to the Cheyenne and Arapaho tribe of Western Oklahoma. Rev. Oakerhater was the first Native American to be ordained in the Episcopal Church, to the order of deacons.

Oakerhater, or "Making Medicine", was born circa 1847 in Western Oklaho…

Help shape the next great chapter at St. Paul's Cathedral by pledging for 2023. To pledge or set up your online giving, click below.