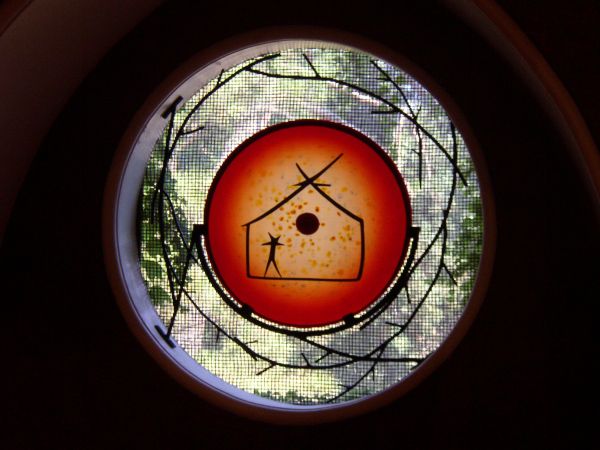 Located in an alcove to the left of the chancel at St. Paul's Cathedral is the Oakerhater Chapel.

Dedicated Saturday, January 17, 2004, the Oakerhater Chapel is devoted to David Pendleton Oakerhater, a valiant Cheyenne warrior who later became an Episcopal deacon serving Indian Territory and later Oklahoma, from 1881-1931. Deacon Oakerhater was also a prisoner of war in the era of westward expansion.

During his 50 years of resolute service on his home reservation, the Cheyenne-Arapaho Reservation in western Oklahoma, the devout deacon was at times the single ordained presence in all of Indian Territory. The General Convention of the Episcopal Church added his name to its Calendar of Lesser Feasts and Fasts in 1985, the first American Indian to receive this recognition.

On the occasion of the dedication of the Chapel, the Very Reverend George Back, Cathedral dean, said, "We write into our cathedral walls a new history. In doing so we raise up a new love story in the midst of many old stories of abuse and disrespect suffered by American Indians."

A portrait of David Pendleton Oakerhater was painted and donated by Cherokee artist, America Meredith. The Oakerhater Window was designed by artist Preston Singletary. The ribs of the Chapel consist of the colors of the four directions. 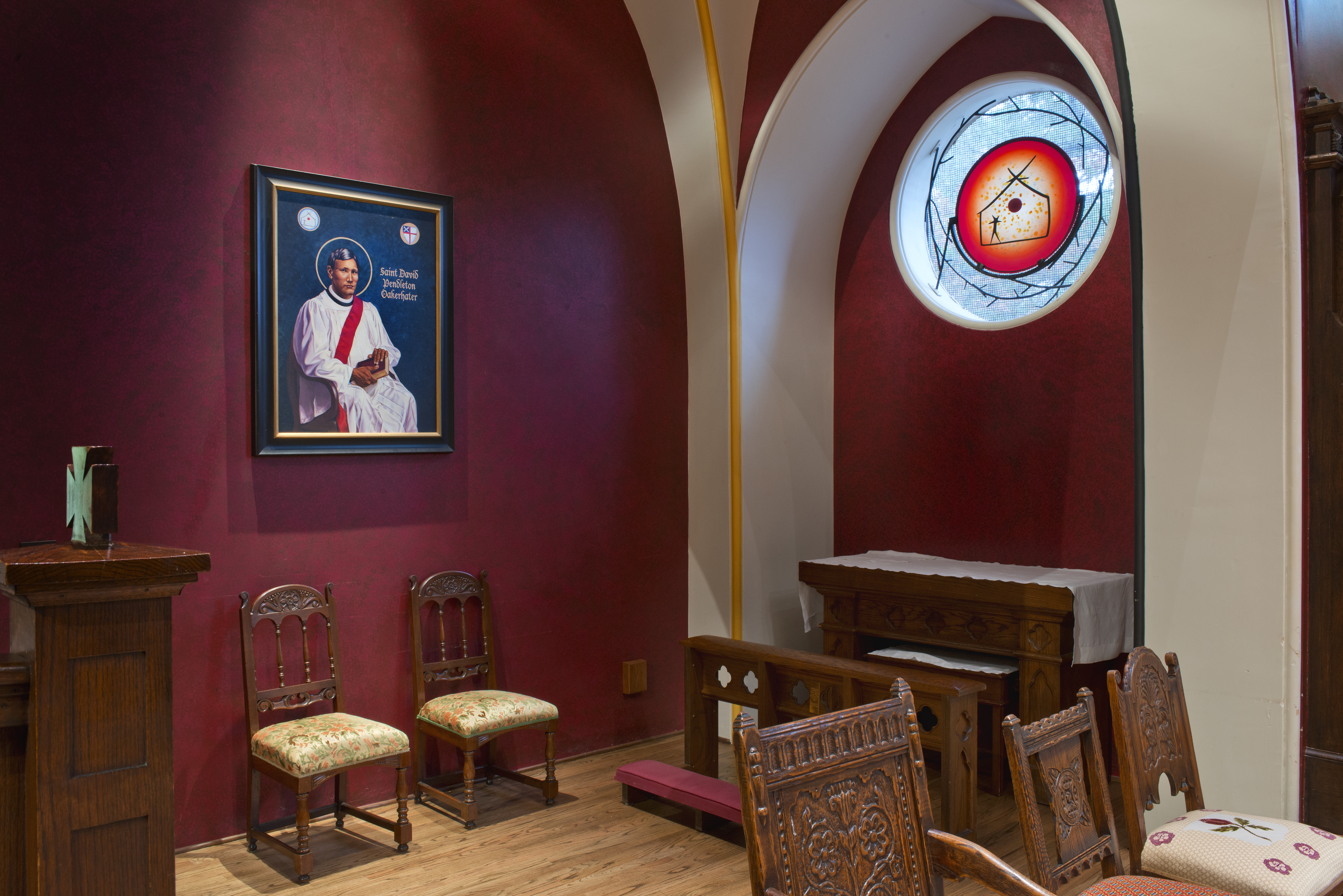 Oakerhater Sunday
St. Paul's Cathedral celebrates and life and ministry of David Pendleton Oakerhater annually on the Sunday closest to his feast day, September 1st. On that day we decorate the Cathedral with Native shawls, flowers, and a buffalo robe covers the altar. Drummers and singers from the Caddo tribe lead us in and out of worship that day, those among us with Native heritage lead prayers to the four directions of the earth. It is a wonderful service and annual tribute of recognition. 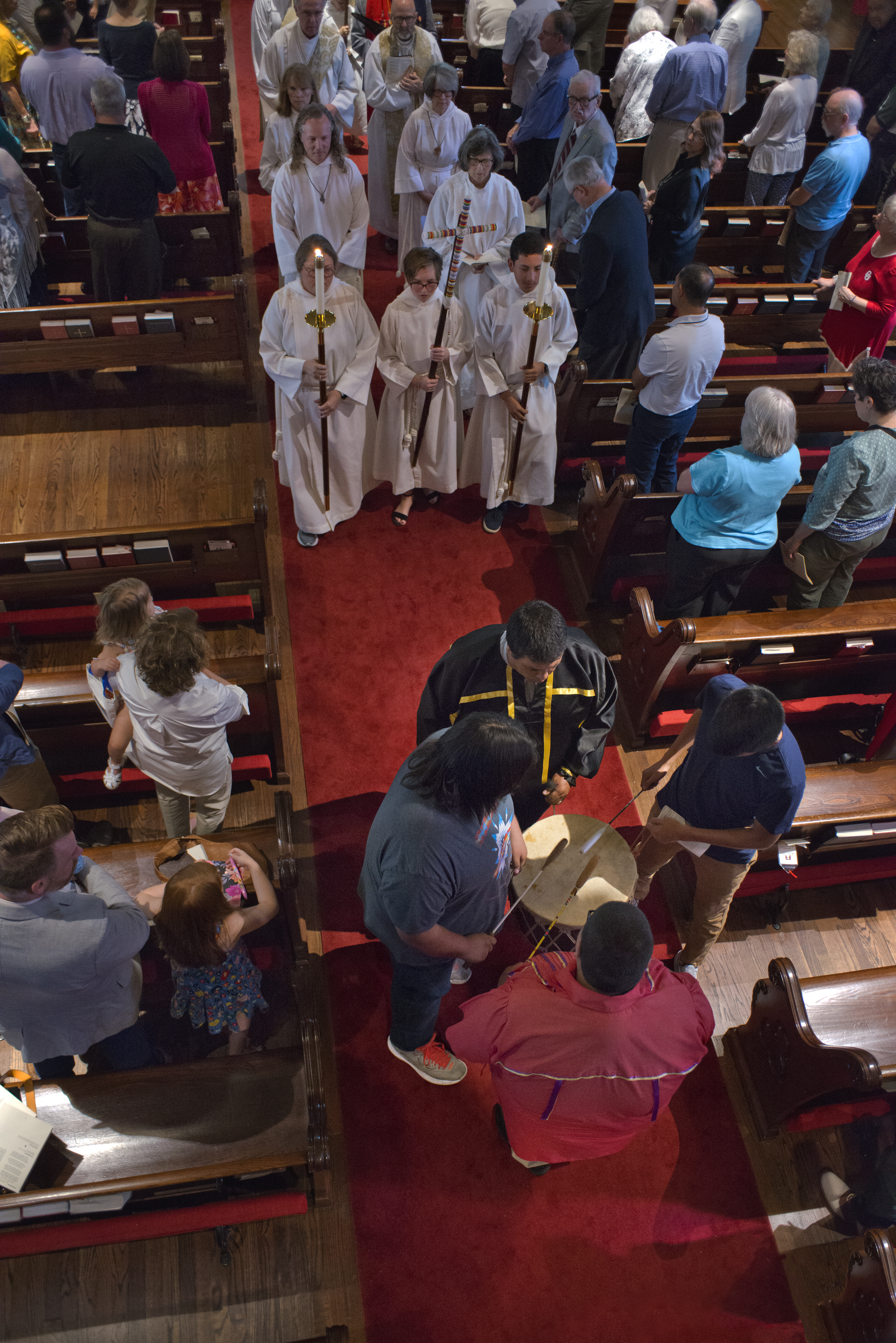 Thank you for giving in support of St. Paul's Cathedral! To give, click the button below: