Get to Know Oklahoma City

Our Place in A Booming Downtown.

The Cathedral’s location is situated in a prime area of Downtown OKC, abounding growth, development and migration back into the city’s inner core. Oklahoma’s relatively low cost of living, plentiful job and educational opportunities, and healthy economic position of today is facilitating national recognition among individuals and families seeking a positive location for their long term success and happiness.

This is all taking place at the doorsteps of the Cathedral! This presents a unique opportunity for St. Paul’s to engage with new residents of our downtown area, and to offer a fresh way of bringing people to the welcoming love of Christ offered by the people of St. Paul’s. We are in the center of so much!

There are hundreds of places to go and things to do even within 10 blocks of the Cathedral! We have thriving art and music communities, professional and college sports, professional and college theatre productions, an exciting ballet company, a wonderful Philharmonic, a delightful art museum and a contemporary art museum under construction, as well as a first rate zoo, and entrance prices to these events are reasonably priced. Discover that Oklahoma has a broader landscape than only wide open spaces. Did you know that our Oklahoma River in Downtown is a USOC olympic and paralympic training site, that you can zipline across the river and even experience whitewater rafting in Downtown?

We have terrific restaurants serving everything from barbecue to Bulgogi. In fact, Bon Appétit named OKC restaurant Nonesuch the Best New Restaurant of 2018! The new street car stops directly in front of the Cathedral and can take you to most of these places. We are two blocks from the Oklahoma City National Memorial, where we share some history.

Homes, condos, and apartments are plentiful, close to the Cathedral and very likely less expensive than where you’re currently living. There are wonderful established communities and many older communities in rebirth nearby.

The 20+ year boom in Downtown was started by the voters of OKC choosing to tax themselves an extra cent of sales tax to fund the Metropolitan Area Projects (MAPS) projects. Read the Forbes article "Oklahoma City's MAPS is a Model Public Works Program. MAPS4 will be underway soon, and the flagship of the MAPS3 projects - Scissortail Park on the south edge of downtown opened up at the end of September.


Does your family have school age children? OKC has many public magnet school and private school bright spots near the Cathedral, allowing for a home location close to both Downtown and school. Many of these schools are attended by St. Paul's families. We are here to help guide you with this decision!

According to US News & World Reports, Oklahoma is the 4th most affordable state to live in the US. We enjoy the 2nd lowest cost of living and the 7th most affordable housing market. Oklahoma City has experienced very healthy growth over the last 2 decades. It became the 29th most populous city in the US in 2012, and is expected to continue its healthy growth into the future, reaching 1.5 million in its metropolitan area by 2020. With numerous industries and a growing base of companies, Oklahoma City is positioned for a strong future. Aviation/Aerospace: with the largest concentration of aviation and aerospace firms in the state, the OKC region's 265 firms employ 38,000 workers. Biotechnology: With statewide efforts focusing on growing this relatively new industry, the OKC bioscience presence is garnering attention. Energy: With abundant oil, natural gas reserves and wind power, OKC is home to the headquarters of Fortune 500 energy companies, some of the largest in the state.

In spite of what you’ve heard, for the most part our weather is moderate and enjoyable!

Come visit and you’ll find out Oklahomans really are friendly; it’s not a myth!

The Greater Oklahoma City Chamber of Commerce website is full of comprehensive information on living and working in the area. 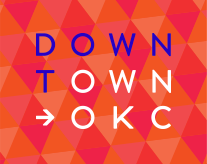 Boom Town: The Fantastical Saga of Oklahoma City, Its Chaotic Founding, Its Apocalyptic Weather, Its Purloined Basketball Team, and the Dream of Becoming a World-Class Metropolis

Click here for the NYTimes review of this book.