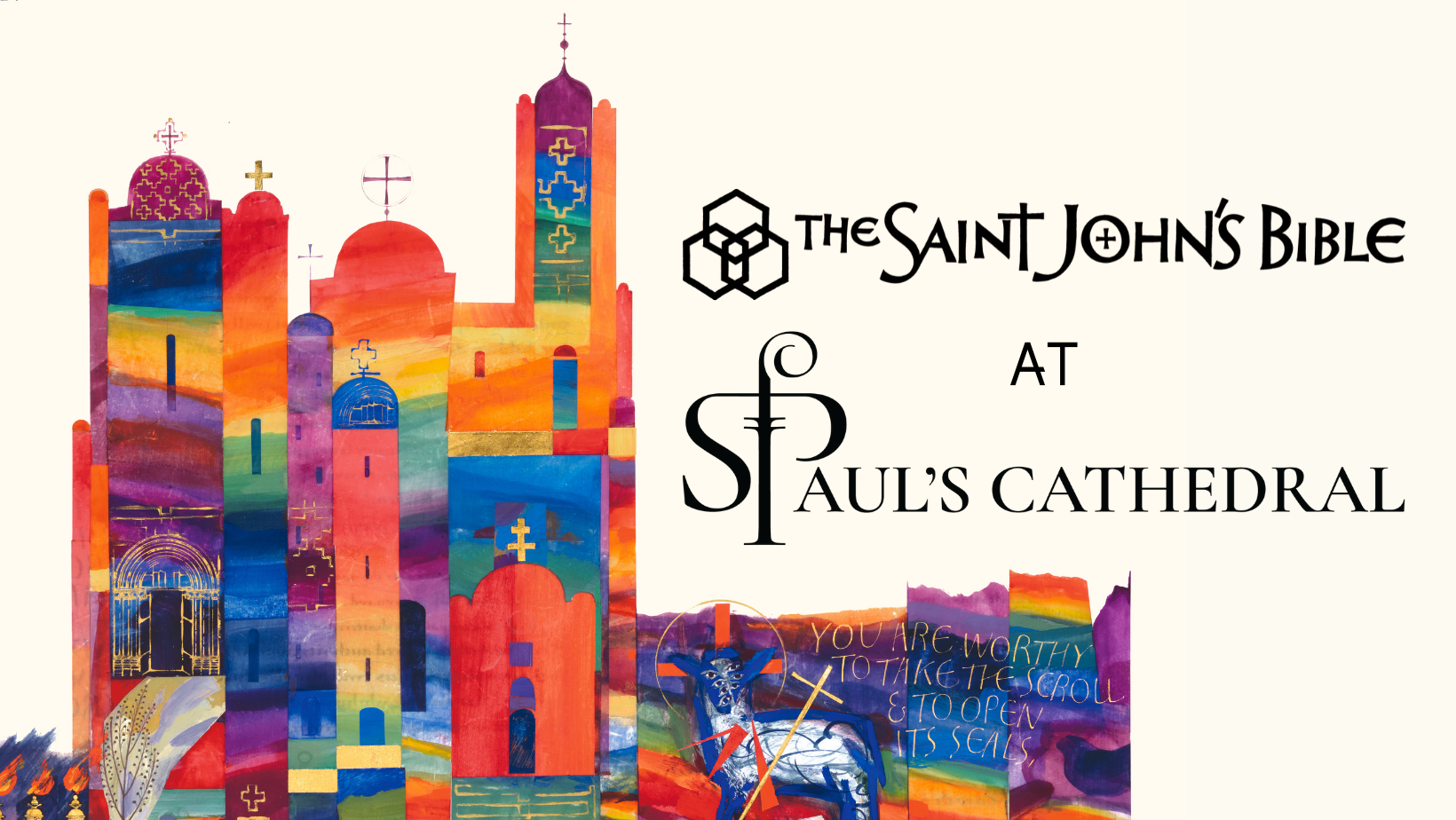 St. Paul's Cathedral is excited to announce several volumes of The Saint John's Bible will be on display through the seasons of Lent and Easter. There will be multiple opportunities to be enriched by these illuminated and hand calligraphed copies of Holy Scripture over the next three months. The Gospels and Acts, Pentateuch and Prophets volumes will be on display in the St. Nicholas Chapel during normal business hours (Monday through Thursday, 9 a.m. - 4 p.m.) and during normal Sunday service times. 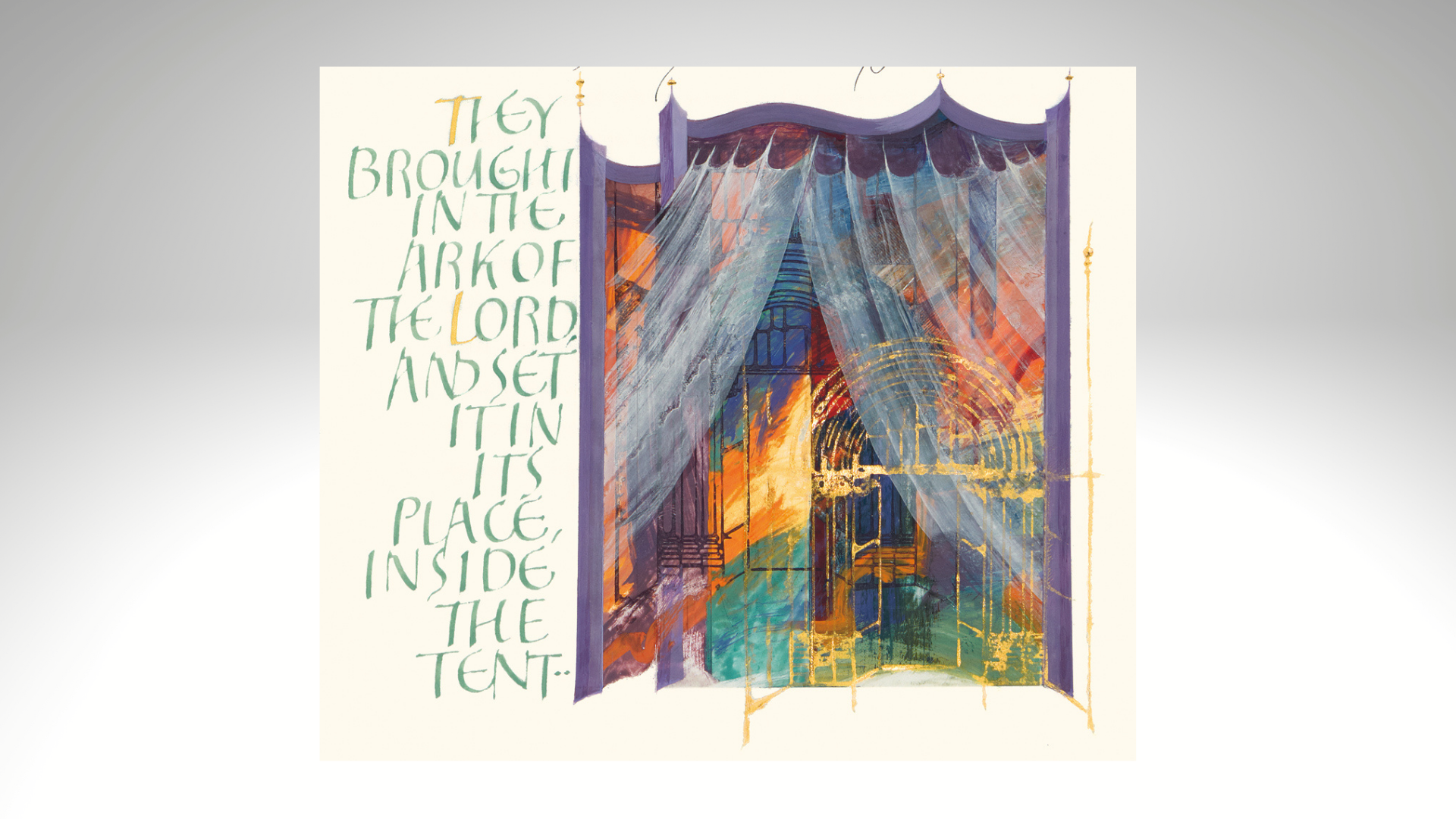 What is the The Saint John's Bible? It is a work of art and a work of theology. A team of artists coordinated by Donald Jackson in Wales and a team of scholars in Central Minnesota have brought together the ancient techniques of calligraphy and illumination with an ecumenical Christian approach to the Bible rooted in Benedictine spirituality. The result is a living document and a monumental achievement.

Back in the 1990s, Donald Jackson observed the monks of Saint John's Abbey processing with their Book of the Gospels for Sunday Mass, and he recognized the importance of "their book." To create a Bible that would capture the beauty and tradition of centuries of liturgy and carry it into the future—that is the vision that united a calligrapher in Wales with a group of Benedictine monks in Minnesota.

Join us Sundays at 9 AM and 5 PM for online and in-person worship.

Join us on Sundays at 9 AM and 5 PM for live services online!

Thank you for giving in support of St. Paul's Cathedral! To give, click the button below: